Dustin DiMisa, founder and CEO of Intercontinental Capital Group, Inc., recently announced plans to expand ICG’s services into a new area. After careful consideration, DiMisa’s narrowed down his choices for ICG’s new headquarters to three cities: Indianapolis, Indiana; Richmond, Virginia; and Charlotte, North Carolina. In the end, he selected Charlotte as the home for his company’s latest center of operations.

IGC is a well-known direct mortgage lender with an extensive history of helping clients acquire home loans. Officially licensed by the United States Department of Housing and Urban Development, the company is able to provide government-backed home loans as well as conventional ones. They focus on mortgage loans for single-family homes and residential properties for two to four families.

Intercontinental Capital Group, Inc. is licensed in 44 states, including North Carolina. Clients are paired with state-licensed mortgage specialists to ensure loan assistance that remains in compliance with local regulations. Mortgage experts with the company are dedicated to making the loan application and acquisition process as fast and simple as possible for clients.

ICG was founded in 2005. Since that time, the company has funded more than $9 billion in home loans for homebuyers across the country. Some of the options offered by the company include mortgage loans, refinancing, and reverse mortgages. While self-guided online services are available to home loan applicants, clients may also speak with live representatives if they so choose.

What the ICG Expansion Means for Charlotte

Reports indicate that this new deal will offer numerous benefits for Charlotte and the surrounding areas. Based on information recently released by North Carolina Governor, Roy Cooper’s office, ICG’s expansion will bring an estimated 500 new jobs to Charlotte. Said jobs will span a range of fields, including mortgage lending, marketing, sales, fulfillment, and technology to name a few.

It’s important to point out that ICG already has a smaller branch in Charlotte. Their existing office employs 179 people. Already having a local office means that ICG has established a familiarity with Charlotte’s real estate market and has begun to leave a positive mark on the community.

DiMisa’s investment in the new ICG hub will also bring an initial $5.8 million to Charlotte’s economy. All this could go a long way toward combatting the influx of unemployment and economic downturn brought on by the pandemic. It is also expected to help foster the city’s continually growing and changing real estate sector.

Between the new jobs and economic boost the company will provide and its extensive reach in mortgage lending, many people in the area stand to profit. Potential homebuyers, real estate sellers, and people seeking employment are among those who could benefit the most from ICG’s expansion.

Charlotte has been known for its burgeoning real estate market for quite some time. As the largest city in North Carolina and one of the fastest-growing cities in the nation, it’s a hot spot for new businesses and residents alike. This city has quickly become known as a major business hub while offering several attractive opportunities for newcomers and established locals.

Those factors mean an ever-growing number of people are seeking mortgage loans in the area. Reports from the real estate sector show that more than 3,600 homes were sold in Charlotte during March of 2020 alone. Although the COVID-19 pandemic instigated a bit of a slowdown during the months to follow, analysts note the local real estate market quickly rebounded.

As is the case in every city across America, Charlotte’s real estate market experiences certain ups and downs influenced by various local developments and economic factors as well as other aspects. That being said, it has long been known as a seller’s market. In short, the demand for homes for sale in Charlotte far outweighs the supply. This has continually driven up local property values. In fact, the city is among the nation’s top 20 in terms of real estate appreciation.

Analysts don’t expect the market to take any unusual turns in the foreseeable future. For sellers, this means homes are bound to continue to sell quickly at or above asking price. For potential buyers, the current state of the Charlotte real estate market indicates that being approved for a mortgage loan quickly is the key to success. Otherwise, they may miss out on the homes they’re interested in. Having a broader range of mortgage options will also be crucial moving forward as potential buyers’ needs vary greatly.

Of course, with some lenders, home loan applicants find that acquiring a loan isn’t a simple matter. Being approved often takes longer than they expect as well. At the same time, certain lenders fail to take the extra time and effort to ensure they pair applicants with mortgage loans that best meet their needs.

Based on information from the Intercontinental Capital Group, Inc. website, the company is committed to helping potential homebuyers circumvent those common issues. ICG’s mortgage specialists seek to streamline and simplify the application process. They likewise strive to supply clients with the mortgage solutions that are most suited to their unique needs and expectations.

Having been part of the national real estate industry for many years, Dustin DiMisa began to realize early on that there were several problems with the conventional mortgage lending process. As founder and CEO of Intercontinental Capital Group, Inc., he set out to raise the bar in his field. This led him to take measures to revolutionize not only the lending process but the client-lender relationship.

DiMisa has developed a range of mortgage solutions for ICG to offer homebuyers. Among them is the Veteran’s Choice program that’s designed to help members of America’s Armed Forces receive more affordable home financing options. He also created the eReverse lending program to help senior citizens with reverse mortgages and established the company’s Own It home loan dividend charters.

In a recent interview with The Charlotte Observer, Dustin DiMisa noted that he chose Charlotte for ICG’s new headquarters because of the extensive and diverse range of talent in the area. He also selected the city because of the existing smaller branch office’s previous success. DiMisa stated, “I felt in my gut we would be more inclined to being successful there with attracting the talent and retaining it for years to come.” It seems Intercontinental Capital Group, Inc., residents of the greater Charlotte area, newcomers, and local businesses could all be in a position to benefit from the company’s latest expansion. 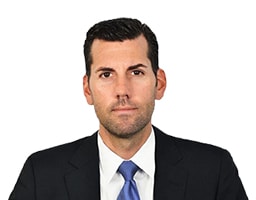 Dustin DiMisa is the CEO of Veterans Community Home Loans.