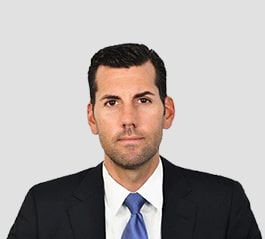 My name is Dustin Dimisa and I’m the CEO of Veterans Community Home Loans.

In the course of more than 15 years in the financial and residential lending areas,
CEO Dustin DiMisa has played a pivotal role in the development and implementation of various financial products and services at top firms in the mortgage industry.

The co-founder and CEO of Veterans Community Home Loans and parent company InterContinental Capital Group, Dustin DiMisa has implemented a number of successful strategies to grow his company’s market share and increase loan originations. Under his direction, we has grown from a start-up to a multi million-dollar direct lender.

Dustin has extensive knowledge and expertise with several affinity brands that cater specifically to niche consumer needs and products. By developing a family of focus and specific brands, he has led through innovation in the industry:

In 2014, the launch of Veterans Community allowed the company to enter into the VA housing market and has now actively helping Veteran’s access affordable and understandable lending solutions.

In 2015, after recognizing the need for a full service mortgage lender to facilitate the needs of seniors, eReverse was launched, aiming to educate and guide those considering a reverse mortgage.

In 2016, Dustin set his sights on the purchase only division, identifying the need for consumers to achieve home ownership. Own It was launched as a way to ensure real estate agents, builders, and new home buyers have access to seasoned mortgage professionals.

Because of all this and more, ICG now commands both accreditation and an A+ rating from the Better Business Bureau (BBB). Currently, the company employs hundreds of mortgage professionals and maintains offices nationwide.

Prior to launching ICG in 2008, Dustin led a successful period with Countrywide Financial Corporation’s Full Spectrum Lending Division (FSLD) in New York City, where he held a wide range of managerial positions and played an essential role in the company’s business-to-business and consumer direct sales.